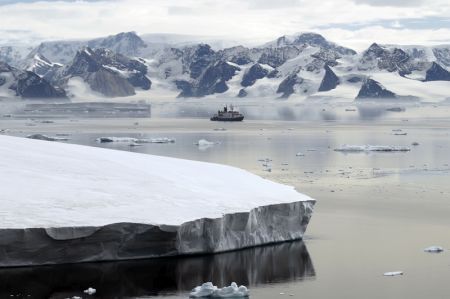 IMO’s Maritime Safety Committee (MSC) is expected to adopt the Polar Code and related amendments to the International Convention for the Safety of Life at Sea (SOLAS) at its 94th session, from 17 to 21 November 2014, IMO said.

The MSC will also have a number of other items on its agenda, including approval of the draft SOLAS amendments to make mandatory the International Code of Safety for Ships using Gases or other Low flashpoint Fuels (IGF Code); further work on its action plan on passenger ship safety; and the consideration of items put forward by the sub-committees.

The Polar Code contains additional design, construction, equipment, operational, training, and search and rescue requirements for ships operating in the harsh environment of Arctic and Antarctic waters, with the aim of preventing accidents and pollution, and protecting ships, seafarers and passengers.

Because it contains both safety and environment related provisions, the Polar Code will be mandatory under both SOLAS and the International Convention for the Prevention of Pollution from Ships (MARPOL).

The MEPC is expected to adopt the Code and associated MARPOL amendments at its next session in May 2015, with an entry-into-force date to be aligned with the SOLAS amendments, likely to be 1 January 2017.