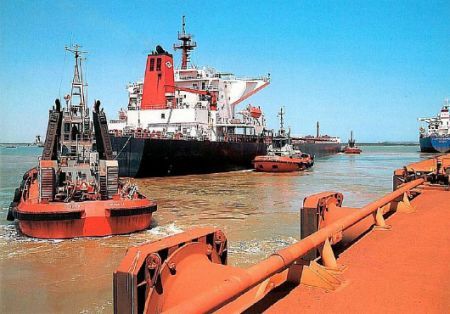 Teekay Shipping (Australia) Pty Ltd has been in negotiation with Australian Maritime Officers Union (AMOU), the Maritime Union of Australia (MUA) and the Australian Institute of Marine & Power Engineers (AIMPE) about the terms of replacement enterprise agreements for its employees who operate the tugs which service the port of Port Hedland for approximately 17 months.

“Following the AMOU and MUA members’ endorsement, Teekay is very pleased to confirm that its negotiations with the MUA and AMOU have concluded, ” Teekay said yesterday.

“We have had this matter before this Fair Work commission today (November 11) and an interim order stopping the industrial action tomorrow has been issued and served on the AIMPE and engineers,” Teekay added.

The AIMPE gave notice last Thursday that the engineers intended to take protected industrial action in the form of a four-hour stoppage from 6 am to 10 am on Wednesday 12 November 2014.