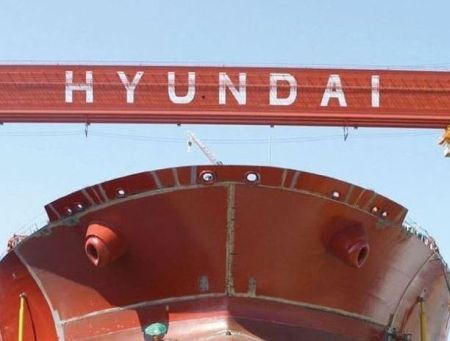 Kim Hyeong-Gyun , the union spokesman, said that this symbolic overtime walkout could be followed by wider industrial action as early as next week.

The motion to strike was backed by a vast majority of workers, who last staged an all-out strike eighteen years ago.

The wages talks failed after the company refused to meet the union’s demand for a 6.5% increase in basic pay and a one-off bonus amounting to 10 weeks’ wages.

Hyundai Heavy argued the demands were unrealistic seeing that the company posted a USD 1.7 billion operating loss for the first nine months of 2014, also stating that an all-out strike would set the company back an estimated USD 90 million in production losses.