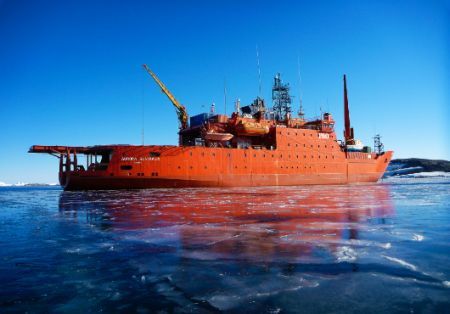 Australia and China have signed a Declaration of Intent on China-Australia Free Trade Agreement having concluded negotiations yesterday in Canberra.

The declaration was signed yesterday afternoon by Australian Trade and Investment Minister Andrew Robb and Chinese Commerce Minister Gao Hucheng thus laying the groundwork for preparation of the legal texts in both languages for signature in 2015.

Negotiations for a free trade agreement with China commenced under the Howard Government in 2005 and languished between 2007 and 2013.

As explained by Abbott, the free trade agreement will ensure Australian businesses an unprecedented access to the world’s second largest economy.

“It greatly enhances our competitive position in key areas such as agriculture, resources and energy, manufacturing exports, services and investment. Building on trade deals already concluded with Korea and Japan, ChAFTA forms part of a powerful trifecta of agreements with Australia’s three largest export markets that account for more than 61 per cent of our exports of goods,” he added.

More than 85 per cent of Australian goods exports will be tariff free upon entry into force, rising to 93 per cent in four years. Some of these goods are currently subject to tariffs of up to 40 per cent.

On full implementation of ChAFTA, 95 per cent of Australian goods exports to China will be tariff free.

Legal services, financial services, education, telecommunications, tourism and travel, construction and engineering, health and aged care services, mining and extractive industries, manufacturing services, architecture and urban planning, as well as transport, among others, will all benefit from being able to do business in China more easily.

A key feature of ChAFTA is a built-in mechanism to allow for further liberalisation and the expansion of market access over time, including a first review mechanism within three years.

The Chinese Government estimates total outbound investment of US$1.25 trillion (A$1.44 trillion) over the next 10 years.

ChAFTA will promote further Chinese investment in Australia by raising the Foreign Investment Review Board (FIRB) screening threshold for private companies from China in non-sensitive areas from $248 million to $1,078 million.

ChAFTA will also contain an Investor State Dispute Settlement (ISDS) mechanism. This will enable Australians to invest in China with greater confidence. The ISDS provisions contain strong safeguards to protect the Australian Government’s ability to regulate in the public interest and pursue legitimate welfare objectives in areas such as health, safety and the environment.

Australia and China have also agreed to review their bilateral taxation arrangements, including relief from double taxation.

The two countries have also reaffirmed a long tradition of collaboration in Antarctic diplomacy, science, logistics and operations during a visit from Chinese President Xi Jinping.

Prime Minister Abbott and President Xi witnessed the signing of a Memorandum of Understanding in Hobart today, which recognises the close Antarctic relationship between the two nations.

“International collaboration is critical in Antarctica and this MoU further reinforces the importance of working together in the hostile, remote and fragile Antarctic environment,” Abbott said.