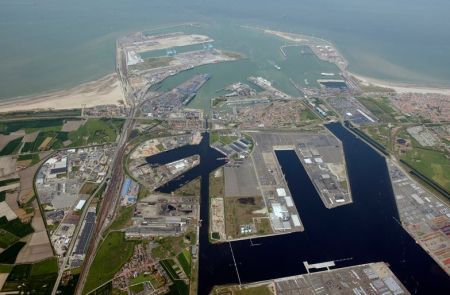 The strike by port laborers has been called by three national unions, in protest over the erosion of index-linked pay rises and tax increases.

Currently the strike is having a major effect on shipping operations in the area with the ports of Zeebrugge, Ghent and Antwerp particularly affected, ISS said.

ISS Belgium has advised that there is a backlog of 65 ships waiting at anchorage to call the Port of Antwerp with a further 12 vessels waiting to depart.

It is anticipated that this current 24 hour strike will be followed by a national general strike on 15th December 2014.

Port of Antwerp’s Press Officer Annik Dirkx confirmed to World Maritime News that activities in the port are disrupted as a consequence of the strike.

“For the moment, there are 50 ships waiting, this is the sum of ships wanting to enter or leave the port,” Dirkx said.” There are people working, but since we have people missing in the whole chain, activities cannot be conducted in a normal way.”

According to Dirkx, terminal operators and port companies did inform their clients over the past few days of the strike, “in order to let them know that less activities were to be expected today and to advise them to concentrate their activities on another day.”

As a result, there has been more activity this weekend at the port, in particular on Saturday, she said, adding that apparently “clients did follow the advice they got from the operators.”

Seven ships are expected to arrive at the port of Ghent and there are three ships in port at the moment due to the pilots’ strike, Johan Bresseleers, Port of Ghent’s Communications Manager told World Maritime News in an emailed statement.

Representatives of the port of Zeebrugge have not yet commented on the ongoing situation in the port.