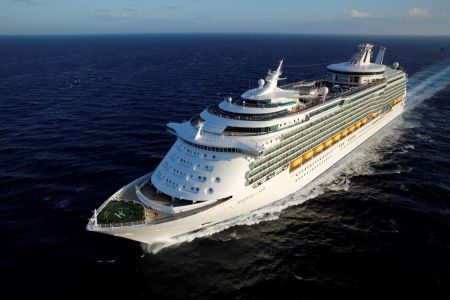 The cruise industry continues to grow rapidly in Asia and many cruise lines are deploying more capacity in the region, including some of the most modern cruise ships, as shown in the latest study by the newly-formed Cruise Lines International Association (CLIA) bodies in Southeast and North Asia.

As explained by Ms. Christine Duffy, President and CEO of CLIA, the association decided to undertake an analysis of hard data on the size of Asia cruise source markets “because cruise lines and many cruise industry stakeholders are keen to better understand the trends, source market size and the potential for growth in this vibrant and exciting region.”

Commenting on the findings Ms. Ann Sherry, Chair of CLIA Southeast Asia said, “The scale of cruising in Asia and its growth over these three short years is remarkable. Next year will see 26 cruise brands operate 52 ships in Asia, nine of which are year-round. In 2013 there were 802 Asia-Asia cruises, in 2015, we will see 981. But the growth in capacity is even more impressive, driven by increasingly large and modern ships being deployed. Last year, in 2013, there was capacity for 1.4 million guests to take Asia-Asia cruises, next year there will be room for 2.05 million, an annual growth of 19.5 percent. On top of that, another 115,360 guests may transit through Asia on longer voyages, up 25 percent per annum from the 73,616 capacity in 2013.”

According to Dr. Zinan Liu, Chair of CLIA North Asia, the project reveals that days deployed in East Asia are growing 20.5 percent annually and in Southeast Asia 10 percent.

“Deployment in South Asian destinations, which account for just 6 percent of the total, is growing at 34 percent per annum. The work separates cruise activity by brand into four tiers. Three participating CLIA Member cruise lines in Tier 1, Star Cruises, Costa Crociere, and Royal Caribbean, have over 100 sailings in 2015 and about 25 percent each of total passenger capacity in Asia. Participating CLIA Member cruise lines in Tier 2, Princess Cruises and Celebrity, operate 25 or more cruises and voyages. The eight brands in Tier 3 operate nine or more annually, and Tier 4 offer eight sailings or less,” he said.

“Asia is, of course, dominated by short duration cruises,” Ted Blamey, CHART Principal, explained. “We report that cruises under one week account for 81 percent of all those offered in 2015. The 2- to 3-night duration is largest in total with 425 cruises next year. The 4- to 6-night duration is growing fastest, up from 263 to 367 cruises in two years.

But there are certainly many opportunities for international guests to cruise Asia that suit their travel patterns. There are 162 cruises between 7 and 14 days offered in 2015, and 27 cruises longer than that.”

Detail on ports-of-call and destinations visited in all Asia destinations will be released shortly, CLIA said.