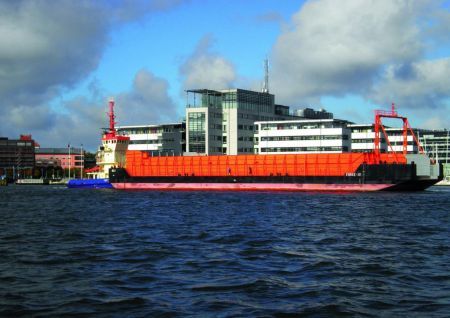 CMP said it was investing in a new type of daily shuttle service between Malmö and Copenhagen to be launched in March 2015, thus boosting the frequency of the container transports via Malmö.

According to Johan Röstin, CEO of CMP, a shortcut is now being created across Öresund that would facilitate transportation of containers.

“The environmental impact will also be reduced. Freight is conveyed from lorry to local shipping when we use Öresund waterway for regional shipments. It will reduce emissions, noise and congestion on the roads in Skåne,” he said.

”The container shuttle will be a flexible and competitive alternative for customers. They can switch between our terminals and utilise the alternatives which are best at any given time, for example, regarding empty containers and freight prices. Added to this is the fact that the costs for road transport can also be reduced”, Röstin added.

CMP is putting four barges into operation. Two or three will transport containers every day. Each one can carry 100 TEUs.

The fourth barge will concentrate on dry bulk as a recyclable material and biofuel.

The shuttle service is a collaboration between CMP and byWatertruck AB, with by Watertruck responsible for the operation. Tug boats will move the barges over the Sound. The crossing will take two hours.

”We want to be involved in reducing the environmental impact. Öresund is one of busiest stretches of water in the world, but it is nothing compared with the roads in the region. Moving freight off the roads improves accessibility, which benefits growth in this dynamic region”, says Thomas Lindblad, CEO of by Watertruck AB.