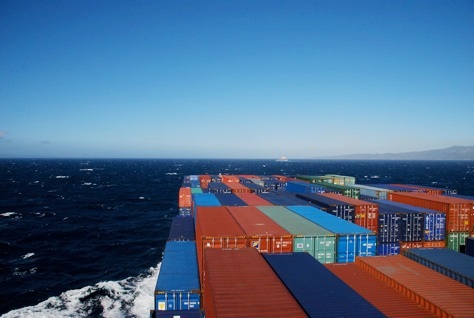 Box traffic from Asia to the Middle East did far better in 2014 when compared to 2013 figures, increasing by 6.9%  to reach 3.27 million teu, Drewry’s container trade statistics show.

As explained, much of this growth will have been supported by infrastructure projects through the region.

Growth in the container trade to South Asia was even stronger, rising by 10.5% to 2.92 million teu, according to Drewry’s data.

India, unlike other emerging economies such as Brazil and Russia, is clearly still providing a return on investment in the container market.  The growth is expected to continue in 2015 as well amid fall in energy prices, a firmer rupee and rapidly declining inflation.

“Despite the underlying strength of these trades both are afflicted with overcapacity, which makes it difficult for carriers to get the full return in terms of spot rates. These overcrowded trades not only have to contend with the upgrading of dedicated services with larger ships, but it is also beholden to changes made to mainline Asia-Europe and Transpacific loops with wayports calls to ports such as Colombo or Jebel Ali, ” Drewry said.