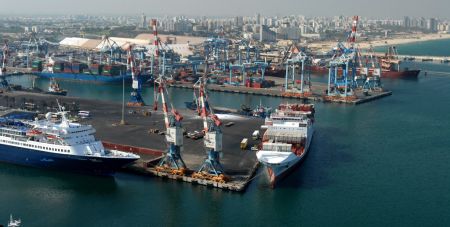 Israeli police have arrested 17 employees of an unnamed international company operating at the Ashdod Port, suspected of embezzling millions of dollars through tax evasion, The Times of Israel reports.

Over 200 police officers stormed the storehouses at the port early Monday morning, and arrested the workers who allegedly embezzled over USD 7.5 million by lowering the real value of alcoholic beverages to decrease the import tax.

Later on, the suspected smuggling ring managed to bypass port authorities completely and not pay any taxes on the imported alcohol.

During the raid the police confiscated bank accounts, computers, merchandise and various documents.

The police says that the group is not directly connected to the port or the port’s employees.

The court hearing is set for next Monday, when the police will ask for the arrested to remain under lock and key.