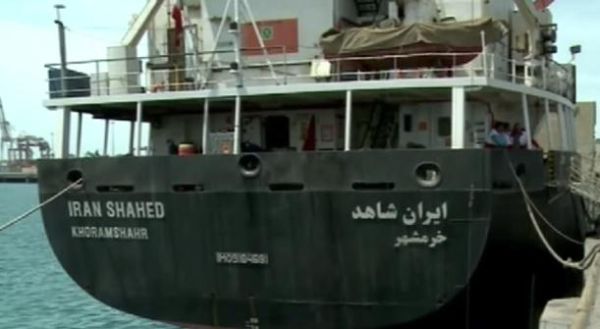 The Iranian cargo ship carrying aid to Yemen Iran Shahed has arrived in Djibouti, the Associated Press reported citing a US official.

As reported by the FARS news agency, the ship entered the Djibouti waters on Thursday and is said to be anchored offshore.

The US officials are reported as saying that the ship had been heading toward Djibouti for much of the day, escorted by a frigate and an oiler ship.

Details on when the ship might be inspected and when it might resume its journey to Yemen were not disclosed.

The ship was diverted from its direct route to Yemeni port of Hodaida after warnings from the US and Saudi Arabia, urging the ship to be inspected prior to proceeding to its original destination.

Iran agreed to inspection by the United Nations representatives after its plans to escort the ship directly to the Yeemeni port by its navy forces caused fierce opposition.

According to a ban, imposed by Yemen’s Ministry of Foreign Affairs, ships are not allowed into Yemen unless inspected and approved by the Saudi-led coalition forces.

The intention behind the decision is to stop shipments that could assist the Houthi led forces in their conflict with the government forces.

Yemen warned Iran of the potential incidents that might ensue should they insist on avoiding the search, as the issue has raised doubts on the real content of the ship’s cargo, as Houthi militias are believed to be supported by Iran.