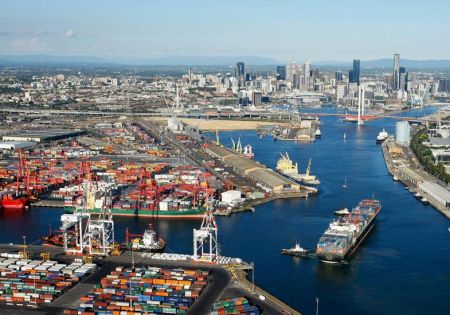 The plans of the Victoria’s government to sell port of Melbourne are facing opposition from the Liberal-National coalition.

Namely, the Coalition said it would not support the sale in the upper house and would recommend the proposal to be referred to a parliamentary inquiry, the Guardian writes.

The Andrews Labor Government in Victoria is pushing forward with the lease of the Port of Melbourne for up to 50 years and has set sights on up to $6 billion in lease proceeds, which would be used to finance the removal of 50 worst level crossings and the building of Melbourne Metro.

The bidding race is expected to include Hastings Funds Management, IFM Investors, QIC Ltd and partners.

However, according to Treasurer Tim Pallas, the sale could go forward even without legislation if the Coalition refused to support it, by using powers granted under the State Owned Enterprises Act.

“Our preference is to get this done in a cooperative way with the Parliament.

“But make no mistake, we’re not going to waver on this, we will deliver what we promised the people of Victoria by hook or by crook,” Pallas is quoted as saying by ABC.

Pallas added that certain amendments to the legislation could be adopted, stressing that the sale would not be compromised.

The government introduced legislation to enable the lease of Australia’s largest container port, the Delivering Victorian Infrastructure (Port of Melbourne Lease Transaction) Bill 2015, to the Victorian Parliament at the end of May.

The Greens are also against the sale and should the proposal be sent to the inquiry its adoption could be stalled for months.