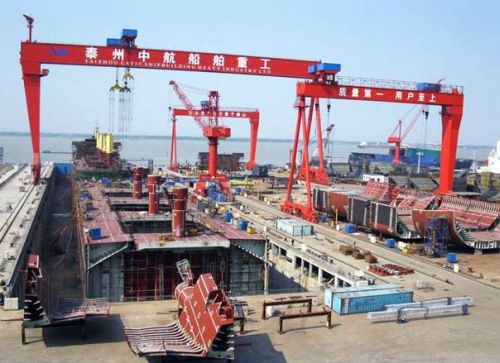 Chinese shipyards recorded a 77.4% slide in new orders year-on-year in the first five months of 2015, the China Association of the National Shipbuilding Industry (CANSI) said.

Domestic and foreign shipowners ordered 7.84 million dwt worth of new ships across China from January to May, contributing to an 8.2% slide in the overall orderbook y-o-y, which stood at 138.18 million dwt as of May 31.

The negative trend spilled over from 2014, when Chinese shipyards recorded a 14.2% decline in new orders.

The completed tonnage was up almost 19% at the end of May, reaching 15.48 million dwt.

The ships for export accounted for 84.6% of the overall newbuilding orderbook for the first five months of the year.