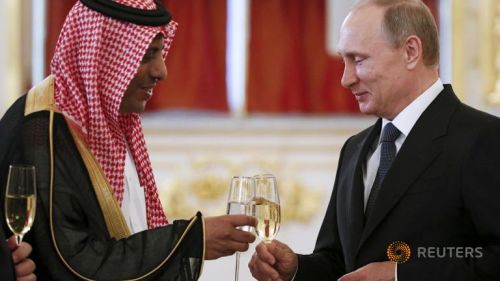 Saudi Arabia has signed a cooperation deal with Russia to boost its nuclear power generation capacity.

Government-owned King Abdullah City for Atomic and Renewable Energy (KACARE) has signed the agreement, which is expected to strengthen ties between the two nations, both economically and technically.

Further details about the deal have not been disclosed yet.

According to al-Arabiya TV, the kingdom intends to set up 16 new nuclear reactors, which are likely to be operated by Russia.

"The agreement is expected to strengthen ties between the two nations, both economically and technically."

The atomic and renewable energy body in the country has already signed nuclear deals with countries including the US, France, Russia, South Korea, China and Argentina.

There are no nuclear power facilities in the Asian country at present, reports Reuters.

Saudi wanted to develop its nuclear capacity by up to 17GW by 2032, according to a statement made in 2012.

The country also intends to increase its solar energy capacity by about 41GW.

The dominant oil producer is unable to export much of its output since most of it is used to meet its power generation demands.

Once operational, the planned nuclear and solar projects are expected to diversify its energy mix, leaving more of its oil for exports.