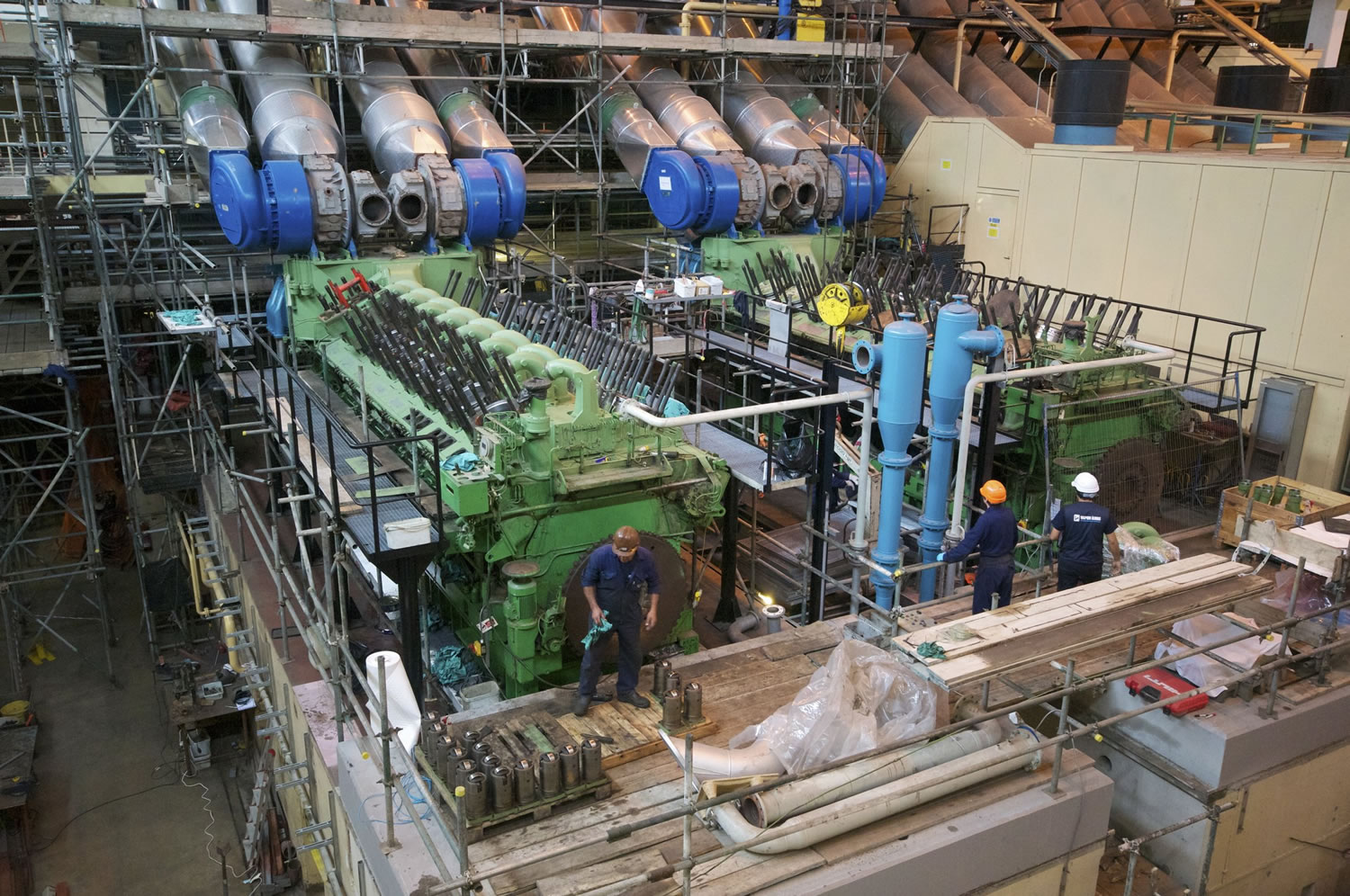 The 10m pound refurbishment project to replace two decommissioned 5MW Mirrlees generators at La Collette Power Station with two refurbished 11MW Sulzer diesel generators was a huge, complex undertaking, involving numerous teams of highly specialised sub-contractors from around the world - many not English speaking - working at a remarkable pace under the guidance and alongside our own seasoned Energy Division engineers.

Originally planned to increase fast-start, stand-by, back-up generation, the new diesels were due to be in service by Spring 2013 but the project was given fresh urgency when our capacity to import power from France was reduced when our first undersea supply cable EDF1 came to the end of its life in June 2012.

Originally given Board approval in December 2011, the procurement and acquisition process spanned half the globe. The availability of suitable engines was identified through the Swiss main contractor MIE. The French-built engines, originally installed in China in 1992, were part of a consignment of 22 bought in 2007 by Saudi Arabian Altuwairqi Steel to power their mills. After having installed 10 engines the slump in steel prices meant that the remainder had become surplus to requirements.

A huge ship for heavy cargo

Our Chief Engineer John Duquemin and Mechanical Maintenance Engineer Paul Thebault travelled to Damman in the Eastern Province of Saudi Arabia with representatives of MIE to inspect and purchase the Sulzers.

MIE were contracted to ship the engines from Dammam to Jersey and transport them to La Collette Power Station. Finding an available ship with large enough cranes to lift the engines but under the maximum length of 135 metres that can dock in St Helier proved to be difficult. However, the Atlant Frauke at 107-metres and 7,380 tonnes became available and had the distinction to become one of the biggest ships ever to enter the Port of St Helier with our valuable cargo.

The engines were offloaded on to the Victoria Pier and, one at a time, transported on an 11-axle, 88-wheel low loader, supplied by heavy lift specialists Goncalo PowerVia, the short distance from the harbour to the Power Station.

Installation and rebuild in time for winter

At the power station, Goncalo PowerVia undertook the tricky operation to off load the 125 tonne engines on to air cushions and ‘float’ them under the low entrance of the power station. Each engine was then jacked up onto its newly built engine bed.

Once the engines were aligned and bolted down they were fully stripped down until only the 15-tonne crankshafts remained within the engines. All of the parts were thoroughly cleaned and inspected prior to re-assembly. During the overhauls each engine was up-graded from 10.5 to 11.2MW. On completion of the work, in excess of 8,700 new parts were fitted to the engines alone.

Complete new pipework systems were built, painted and lagged to connect the engines into the existing La Collette infrastructure. A new 80m x 1.6m diameter stainless steel exhaust flue had to be installed into the concrete chimney at La Collette prior to the engines being commissioned. The flue was built from the basement and, section at a time, hydraulically raised to its full height of 80m.

The Sulzers first generated power on to the bars on 15 January 2013 crucially before the onset of the severest part of winter. Along with the recommissioning of other generating assets, the Sulzers and new transformer created an extra 55MW of on-Island generating capacity that proved crucial in maintaining supplies and meeting demand during the past extraordinary winter. 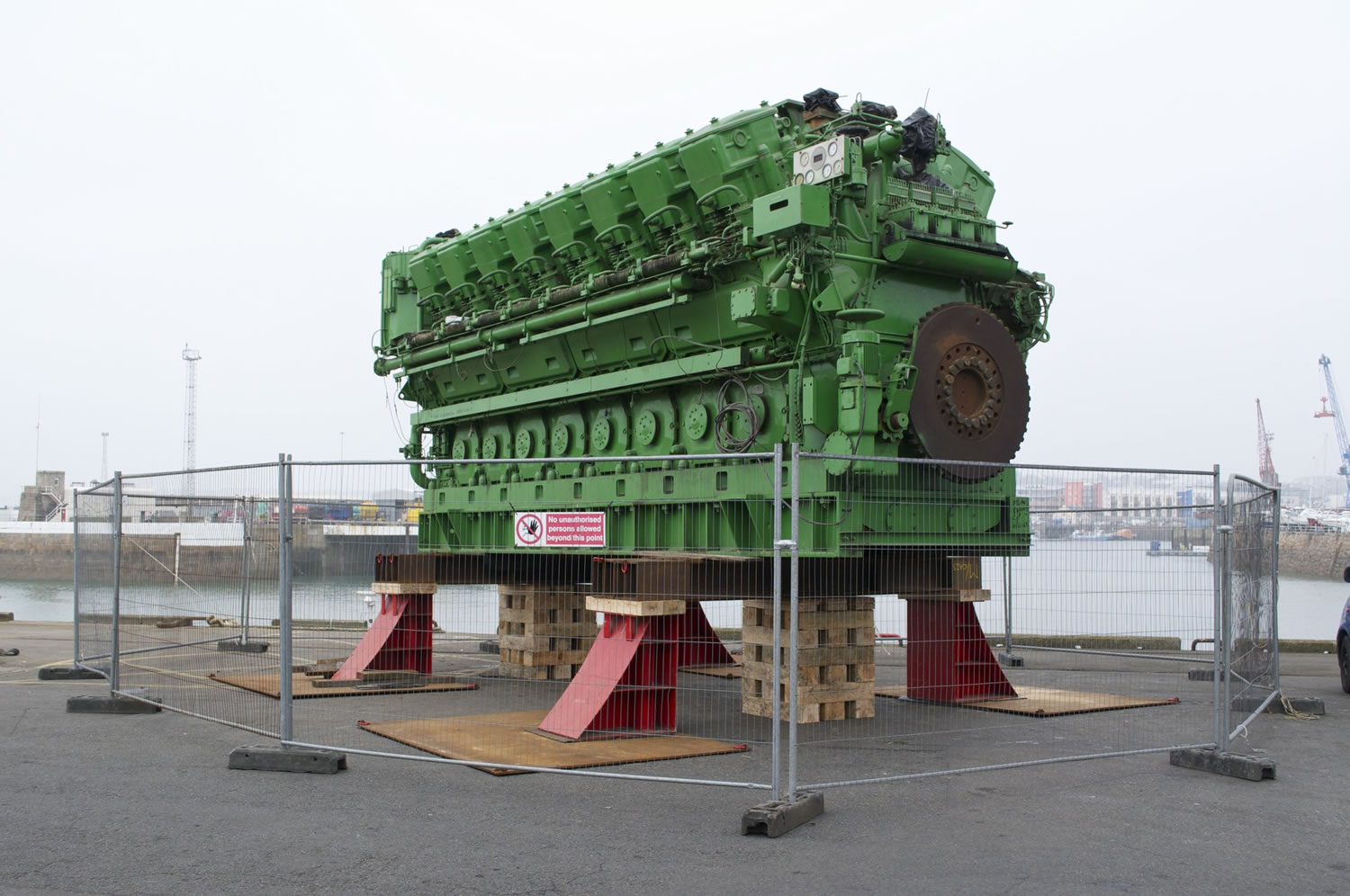 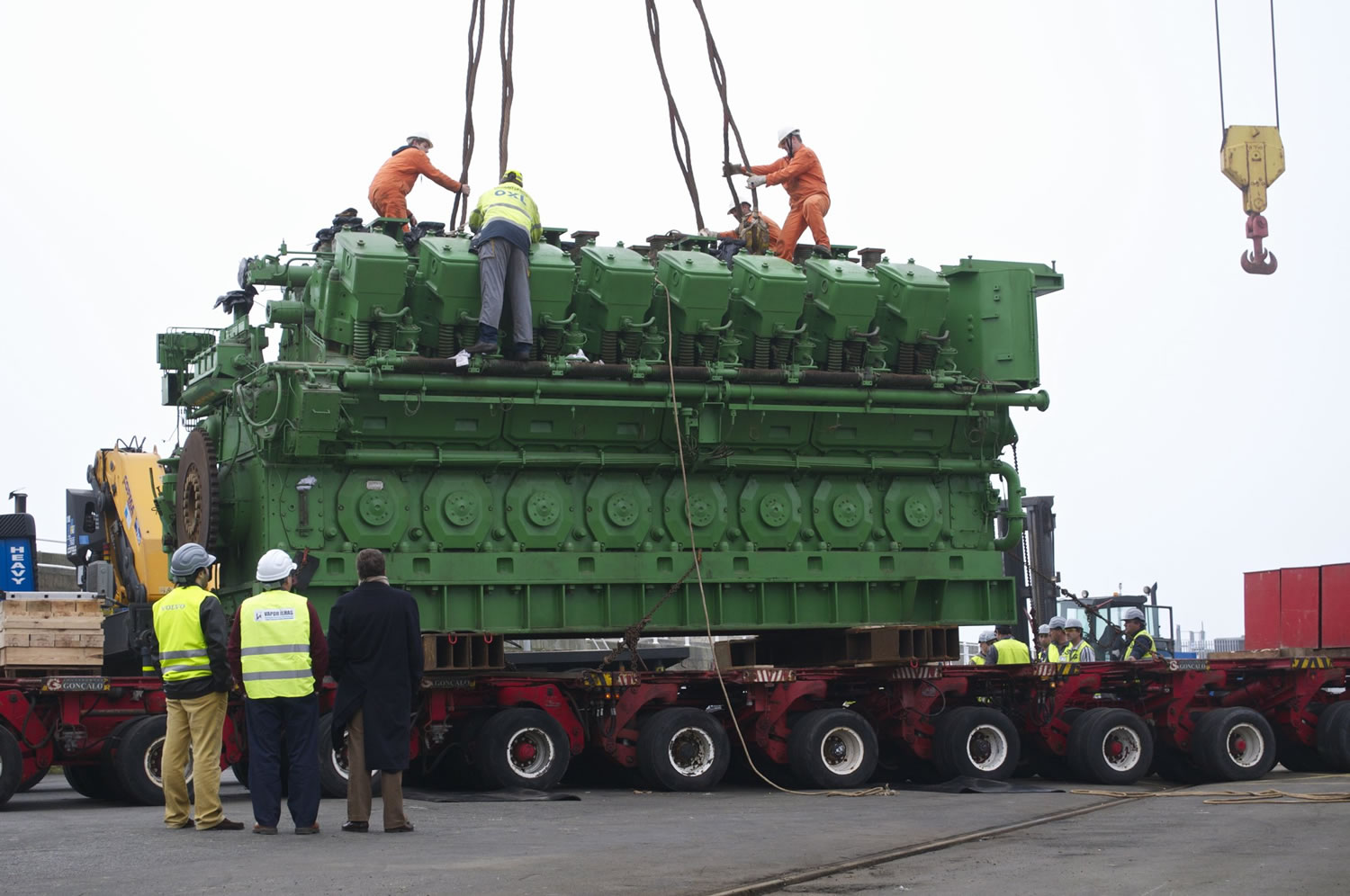 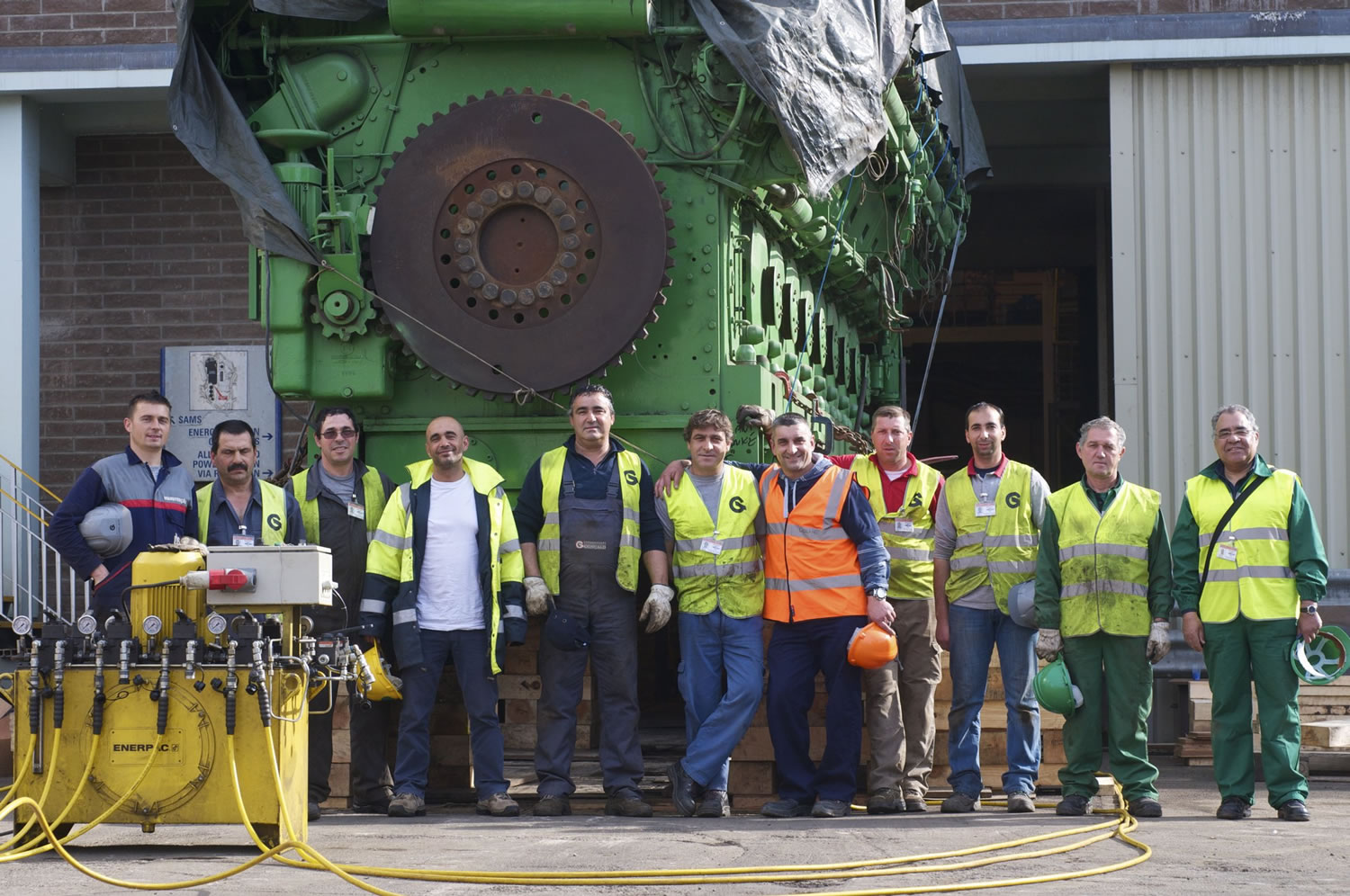