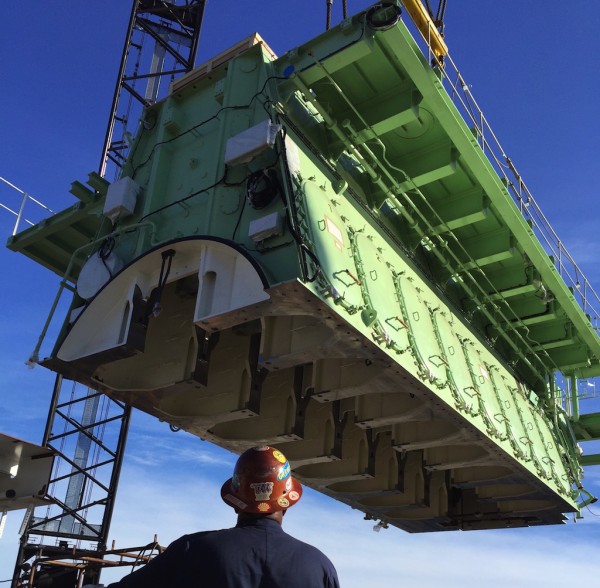 Eye catching | How to assemble marine diesel engine?
Additional information about ship engines:
- Most modern ships use a reciprocating diesel engine as their prime mover, due to their operating simplicity, robustness and fuel economy compared to most other prime mover mechanisms. The rotating crankshaft can be directly coupled to the propeller with slow speed engines, via a reduction gearbox for medium and high speed engines, or via an alternator and electric motor in diesel-electric vessels. The rotation of the crankshaft is connected to the camshaft or a hydraulic pump on an intelligent diesel.
- The size of the different types of engines is an important factor in selecting what will be installed in a new ship. Slow speed two-stroke engines are much taller, but the footprint required is smaller than that needed for equivalently rated four-stroke medium speed diesel engines. As space above the waterline is at a premium in passenger ships and ferries (especially ones with a car deck), these ships tend to use multiple medium speed engines resulting in a longer, lower engine room than that needed for two-stroke diesel engines. Multiple engine installations also give redundancy in the event of mechanical failure of one or more engines, and the potential for greater efficiency over a wider range of operating conditions....
4-Stroke Marine Diesel Engine System:
- Most modern larger merchant ships use either slow speed, two stroke, crosshead engines, or medium speed, four stroke, trunk engines. Some smaller vessels may use high speed diesel engines... 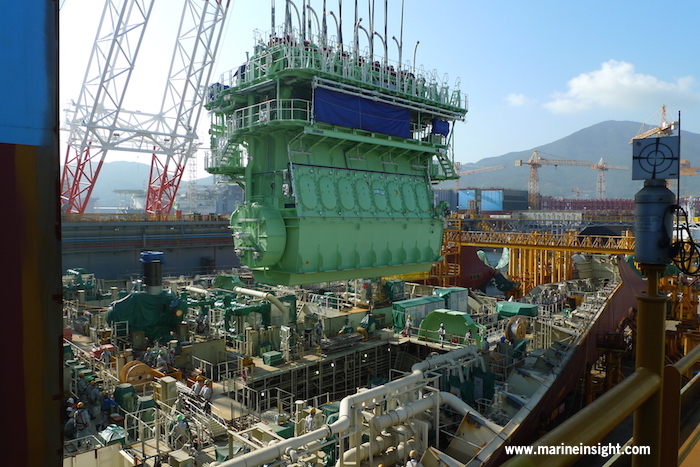