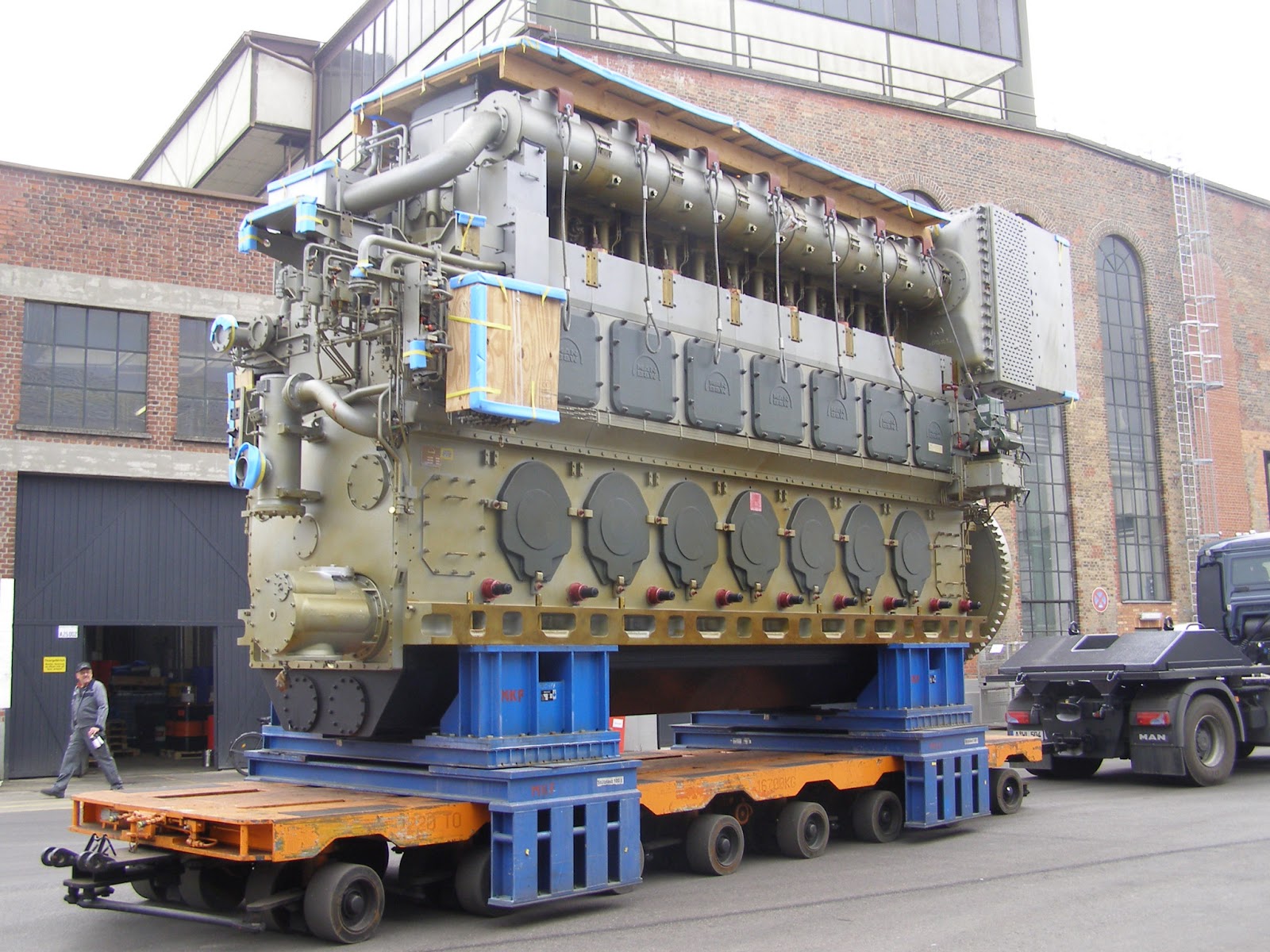 Big iron lands in BC

Fantastic news the other week. After nearly two years of behind the scenes interaction, one big announcement was made by BCIT and MAN Diesel & Turbo Canada; as matter of fact, its 119 tons of announcement.

BCIT has received a large medium speed Diesel engine; an inline 7 cylinder 48/60 series with common rail fuel injection, the second largest series of the MAN medium speed portfolio. It just does not get any shinier than this

This is a fully operational, ready to run engine, complete with turbo charger, and a full set of servicing tools. It arrived in Vancouver from the factory, about a month ago aboard a heavy lift ship. The engine is now in storage, awaiting confirmation of its final destination. As an added bonus, a very timely one, MAN has also supplied a dual fuel cylinder head for the engine, an excellent training tool for engineers in an industry on the cusp of a bunker fuel revolution.

The value of this gift to BCIT is pegs at 1.3 million dollars, and weighing 119 tons, it is by no means “small potatoes”. In an environment where industry and academia are finally waking up from long skills training investment slumber, this engine has the potential to become a great training centerpiece for some of the most sought after, and highly skilled professionals in the world.

BCIT has been “building a good head of steam” when it comes to producing high quality Marine Engineers. It is the fact that they have been teaching real world, “value added” skills that have made their Engineering Officers sought after, all around the world. Teaching the IMO, or Transport Canada curriculum is the bare minimum, which is what some people want, but not what is needed by skill starved ship operators. To stand out, you need more than minimum, you need a superior engineering base knkowledge. With this engine, BCIT has the opportunity to really bring together the extensive resources it already has and make a tremendous program where engineers are “work ready” having been familiarized on on modern, large engines.

The 48/60 series of engine is also a mainstay of power plants as well, having access to this engine is therefore very relevant and beneficial to the power engineer program as well. The 18V48/60CR variant of this series is rated at an astounding 21,600kW, while BCIT’s 7L48/60CR engine is rated at a handsome 8,400kW. Although its not the biggest output medium speed engine in Canada, it is probably the biggest, west of the Rockies. These engines are perfectly sized for the cruise ship market, which dovetails nicely with BCIT’s Marine Engineers, which tend to gravitate towards this specialized market.

The donation process started in late 2011 when Kamen Stoykov, Project Manager at MAN, and friend of the site, got a hold of Russell Oye, Shop Instructor at the Marine Campus, among many other titles, and the project rose off the ground from there. The future is full of potential now for BCIT and the “hands on” portion of the Marine Engineering program. The engine is just too big to be accommodated at the current Marine Campus in North Vancouver. So we will see how and where the engine ends up, but the future is pretty bright so I am hopefull it will be used for training in short order.

BCIT was contacted numerous times to provided further information on the future of the engine and the Marine Engineering program at BCIT. Spokesperson for BCIT only mentioned that it would be about one year before an official announcement would be made by BCIT as to where the engine would ultimately reside.

Here are some additional statistics for the BCIT engine.