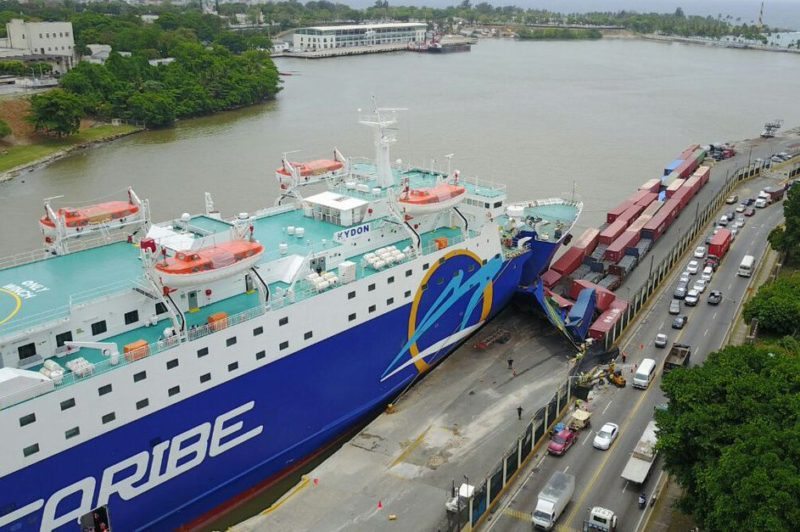 Some major damage at the port of Santo Domingo in the Dominican Republic after a ferry struck a pier while mooring on Thursday.

Video shows the moment the ferry, named Kydon, slammed into the pier and several containers at the Don Diego terminal. Amazingly no injuries were reported.

According to reports, the ferry had just arrived in Santo Domingo and was already partially tied up with its forward loading ramp down when the incident occurred.