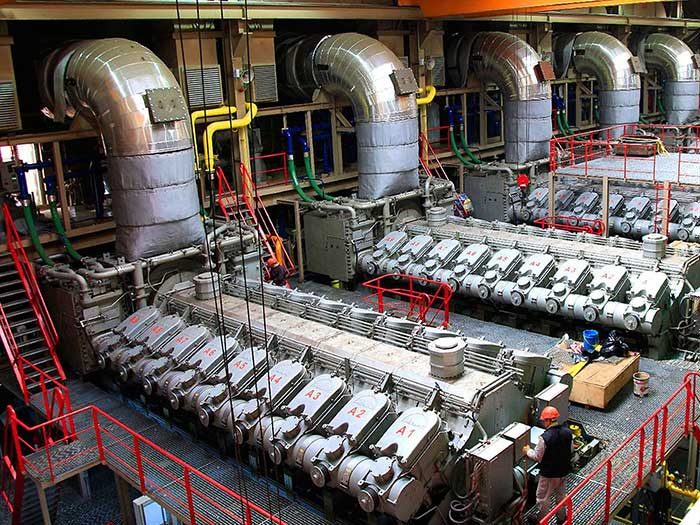 Karpowership, part of Turkish energy group Karadeniz Holding, has placed an for a total of twelve MAN Diesel & Turbo 18V 51/60 engines, each with a capacity of 18.9 MW. Six of the engines are to be delivered this year, and a further six at the beginning of 2017. An additional framework agreement sets out the conditions for the acceptance of another 48 units.

MAN and Karadeniz have been cooperating since 2009 and, as with previous orders, the engines will be deployed in the Karpowership Powership fleet, which converts ballast transporters, heavy transport ships and barges  into floating power plants.

In addition to the engines, MAN will also deliver the control and automation equipment for the floating power stations, along with further system and electrical hardware.

"This is a crucial order for our company from a very important customer. We are connected to Karpowership through a long-lasting partnership, and we are proud and happy to be able to further contribute to the Powership concept with our technology," says Wayne Jones, Member of the Executive Board for Global Sales and After Sales at MAN Diesel & Turbo.

"The Powerships provide electrical energy in areas where it is urgently needed, and thereby help to alleviate pressing energy shortages.""Our engines will be used in various ships, and operated with either natural gas or heavy fuel oil," says Alexander Stöckler, Senior Vice President MAN Diesel & Turbo and Global Head of Sales Power Plants. "We will deliver some of the engines as dual-fuels, with others being supplied with a simple option to convert to gas."

"Not only does Karpowership place high demands on the quality of engines and control systems, but also in particular on the service and after-sales offerings and competences of its engine supplier," says Stefan Eefting, Senior Vice President MAN Diesel & Turbo and Head of MAN PrimeServ Diesel in Augsburg.

Karpowership is the only company worldwide which operates a complete fleet of Powerships - at present, the active fleet comprises a total of nine ships, offering a power capacity range between 30 and 470 MW. A further 22 Powerships are currently being built. The new ships, also fitted with MAN engines, will be used all around the world.

Two MAN engine equipped Powerships are currently in use in Lebanon, stabilizing the energy supply of its capital city, Beirut.