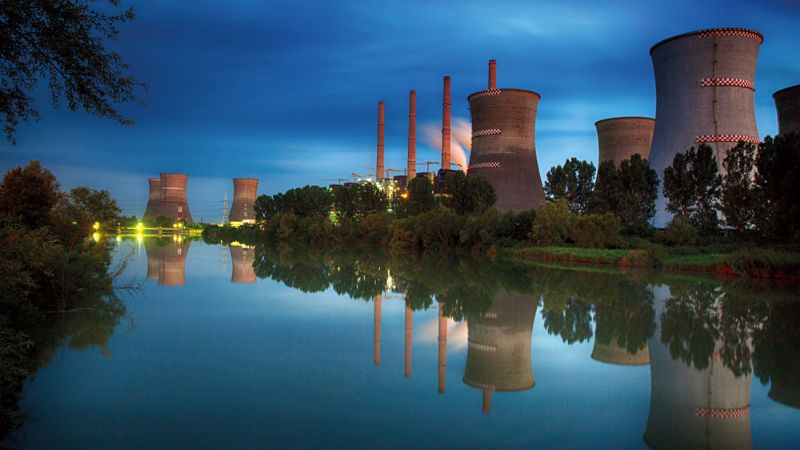 The Vindhyachal Thermal Power Station in the Singrauli district of Madhya Pradesh, with an installed capacity of 4,760MW, is currently the biggest thermal power plant in India. It is a coal-based power plant owned and operated by NTPC.

The plant uses coal from the NCL-operated Nigahi mine and water from the discharge canal of Singrauli Super Thermal Power Station. The turbine manufacturers for the Vindhyachal Thermal Power Station include Russian companies LMZ, Electrosila and the Indian BHEL. The 500MW units were supplied by BHEL.

The 4,620MW Mundra Thermal Power Station located in the Kutch district of Gujarat is currently the second biggest operating thermal power plant in India. It is a coal-fired power plant owned and operated by Adani Power.

The boilers and generators for the first four units were supplied by Babcock & Wilcox and Beijing Beizhong respectively. SEPCO III, China was the EPC contractor for the last five 660MW units, which feature supercritical technology.

The 4,000MW Mundra Ultra Mega Power Plant (UMPP), also located in the Kutch district of Gujarat, ranks as the third-largest thermal power plant in India. It is a coal-fired power plant owned and operated by Coastal Gujarat Power Limited (CGPL), a subsidiary of Tata Power.

The plant features supercritical boiler technology. Doosan Heavy Industries & Construction was the EPC contractor for this project. The five boilers for the plant were also supplied by Doosan. Toshiba supplied the steam turbine generators.

The Sasan Ultra Mega power plant, located in the Sasan village of the Singrauli district, Madhya Pradesh, has an installed capacity of 3,960MW. Owned and operated by Reliance Power, it is one of India’s biggest power plants integrated with a coal mine.

The coal-fired power plant includes six 660MW units and was fully commissioned in April 2015. It utilises coal from the Moher and Moher-Amlohri coal mines and draws water from Govind Vallabh Pant Sagar reservoir for its operations. It supplies reliable and low-cost power to approximately 420 million people across seven states.

Shanghai Electric Corporation supplied the boilers, turbines and generators for the plant.

The first unit of the power plant was commissioned in August 2012, while the last unit commenced operations in October 2014. The power plant uses state-of-the-art supercritical technology and draws water from the Wainganga River for its operations.

The power plant covers an area of 454.86ha and is equipped with advanced pollution control equipment, including a 275m-high chimney, a dust extraction and suppression system, and low NOx burners.

The Talcher Super Thermal Power Station or NTPC Talcher Kaniha, located in the Angul district of Odisha, is a 3,000MW coal-fired power plant owned and operated by NTPC.

NTPC Talcher Kaniha plant consists of six 500MW units. The first unit of the plant was commissioned in February 1995 and the last unit began operations in February 2005. Turbine manufacturers for the plant were ABB and BHEL.

The coal used by the Talcher Super Thermal Power Station is sourced from the Lingraj Block of Talcher Coal Field. The plant uses water from the Samal Barrage Reservoir on the Brahmani River in Odisha.

Coal for the Rihand thermal power station is sourced from Amlori, Amloric expansion, and the Dudhichua mines in Madhya Pradesh. Water is sourced from the Rihand Reservoir built on Son River. The plant supplies electricity to various states in the northern part of India, including Uttar Pradesh, Rajasthan, Delhi, Punjab, Haryana, Himachal Pradesh, Jammu & Kashmir, and Chandigarh.

The 2,980MW Sipat Super Thermal Power Plant in Sipat, Bilaspur district, Chhattisgarh, ranks as the eighth-largest thermal power station in India. It is a coal-based power plant owned and operated by NTPC.

The power plant built in two stages is installed with six generating units (three 660MW supercritical units and three 500MW units). The first unit of the plant commenced commercial operations in August 2008, while the last unit was commissioned in June 2012.

Built with an estimated cost of more than $2bn, the power plant was renamed as Rajiv Gandhi Super Thermal Power Station in September 2013. Coal for the Sipat plant is sourced from Dipika Mines of South Eastern Coalfields Limited (SECL). The plant uses water from the Right Bank Canal (RBC) originating from the Hasdeo Barrage.

The Chandrapur Super Thermal Power Station is a 2,920MW power plant in Chandrapur, Maharashtra, India. It is the biggest power plant operated by the Maharashtra State Power Generation Company.

The plant is equipped with five 500MW units and two 210MW units. The first unit was commissioned in 1985 while the last commenced operations in 2016.

The power plant draws water from the Erai and Chargaon dams for its operations and meets 25% of the electricity needs of Maharashtra.

NTPC Dadri or National Capital Power Station (NCPS) owned and operated by NTPC is located in the Gautam Budh Nagar district of Uttar Pradesh, about 48km from the Indian capital New Delhi. The power station, with an installed capacity of 2637MW (1820MW- coal based and 817MW gas based), ranks as the sixth largest thermal plant in India.

The coal for NTPC Dadri is sourced from Piparwar Mines, Jharkhand. The gas is sourced from GAIL Hazira-Bijapur-Jagdishpur (HBJ) Pipeline. The water source for the thermal power station is the Upper Ganga Canal. 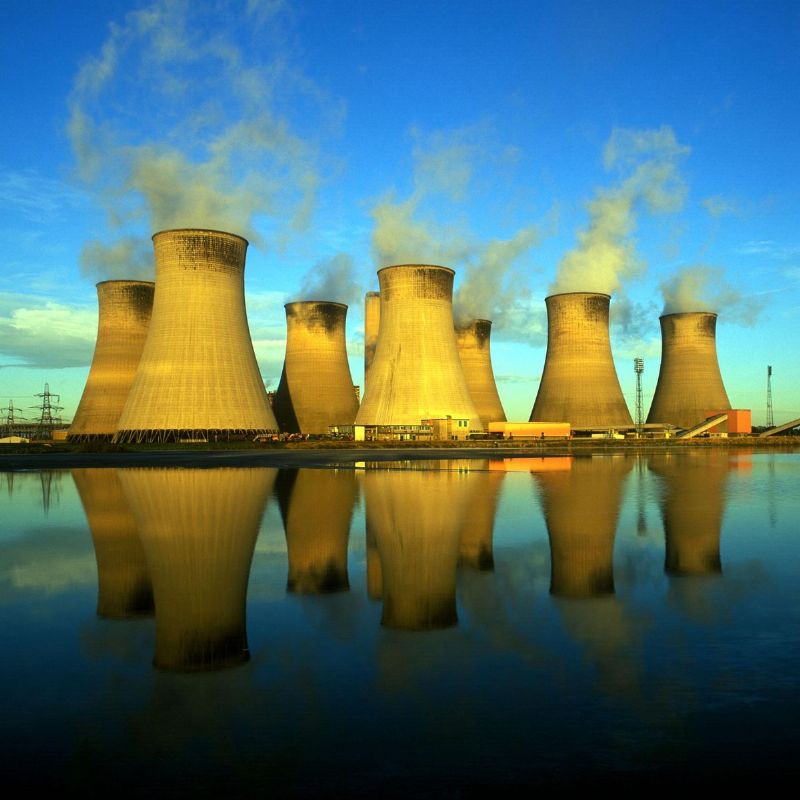