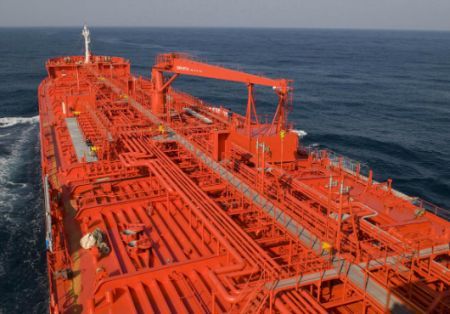 West African crude moves have shifted from the U.S. to Europe as lower demand from the U.S. has forced a reshuffle of the global crude oil markets, according to the latest tanker market review by shipbroker Poten & Partners.

Namely, in order to make their crudes more competitive West African suppliers have reduced their prices sparking the interest of European refineries.

“They have increased their profitability by purchasing more West African crudes, which provide the best netbacks versus alternative grades, such as Urals. Reported spot tanker fixtures seem to confirm this increase in European imports, which has provided a boost to the West Africa to North West Europe tanker trades (in particular for Suezmaxes),” the shipbroker said.

The increase in demand for West African crude oil in Europe has been attributed to the decline of domestic (North Sea) crude oil production and lack of Libyan barrels on the market.

“However, Europe can only take so much African crude, especially since domestic refined product demand this year has been weaker than previously forecasted. Since their higher operating costs puts them at a competitive disadvantage versus facilities in the U.S., some European refiners have even been reported to reduce runs,” the review further reads.

Aside to Europe, within the Atlantic Basin, some additional barrels are exported to Latin America, in particular to Brazil, which is also, primarily, a Suezmax trade.

Outside the Atlantic Basin, growing volumes of African crude are moving to non-OECD Asian countries, such as China and India. China is now the world’s largest importer of African crude oil – most of which moves on VLCCs, as explained by the shipbroker.

Another growth area for West African producers has been India. Indian refiners have been diversifying their sources of crude oil, reducing their dependence on Middle Eastern supplies and increasing imports from everywhere else, including the Atlantic Basin.

During January-to-July 2014, for example, Nigerian exports to Asia increased by 120,000 barrels per day (year-on-year) and India accounted for 75% of this increase.

“The return of reliable, consistent supplies from Libya will probably reduce the market share of Nigerian and Angolan crude oil in Europe and the continued growth of light sweet tight oil production in the U.S. makes it unlikely that this market will return soon. We expect that West African producers will increasingly rely on the Asian market, which bodes well for the longer-haul Suezmax and VLCC trades,” Poten concludes.