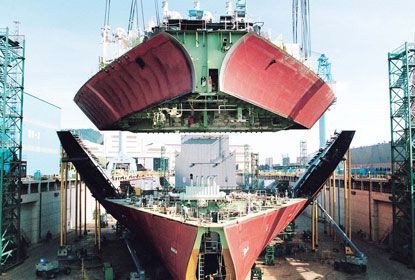 HHI informed on December 31 that a tentative agreement had been reached with the labor union on the wage and collective bargaining agreement for the year 2014.

The vote is expected to further prolong talks between the two parties that saw HHI workers walkout from their work in November 2014 for the first time in two decades.

The workers had called for 132,000 won pay raise, and at least 250 percent of the base salary as performance-based benefits.

However, HHI responded to demands with an offer of 37,000 won salary increase, arguing the demands were unrealistic seeing that the company was experiencing losses.