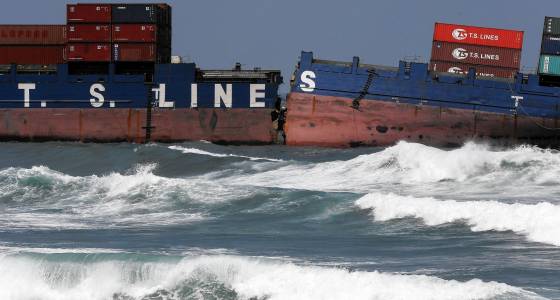 The removal of TS Taipei, a TS Line containership which ran aground near Keelung, Taiwan in March, has been completed following five months of cleanup and ship removal operations.

The ship parts have been transported to CSBC’s Keelung Shipyard for further disposal.

TS Taipei ran aground on March 10 and split into two parts on March 24, causing an oil spill.

According to an official from Taiwan’s Maritime Affairs Center, follow-up operations will continue over the next few days to recover the remaining wreckage, two broken containers and other objects that fell from the ship, and also to conduct water quality tests.

Experts from The Environmental Protection Administration are trying to determine whether the environment, marine ecology and fishery resources can be restored.